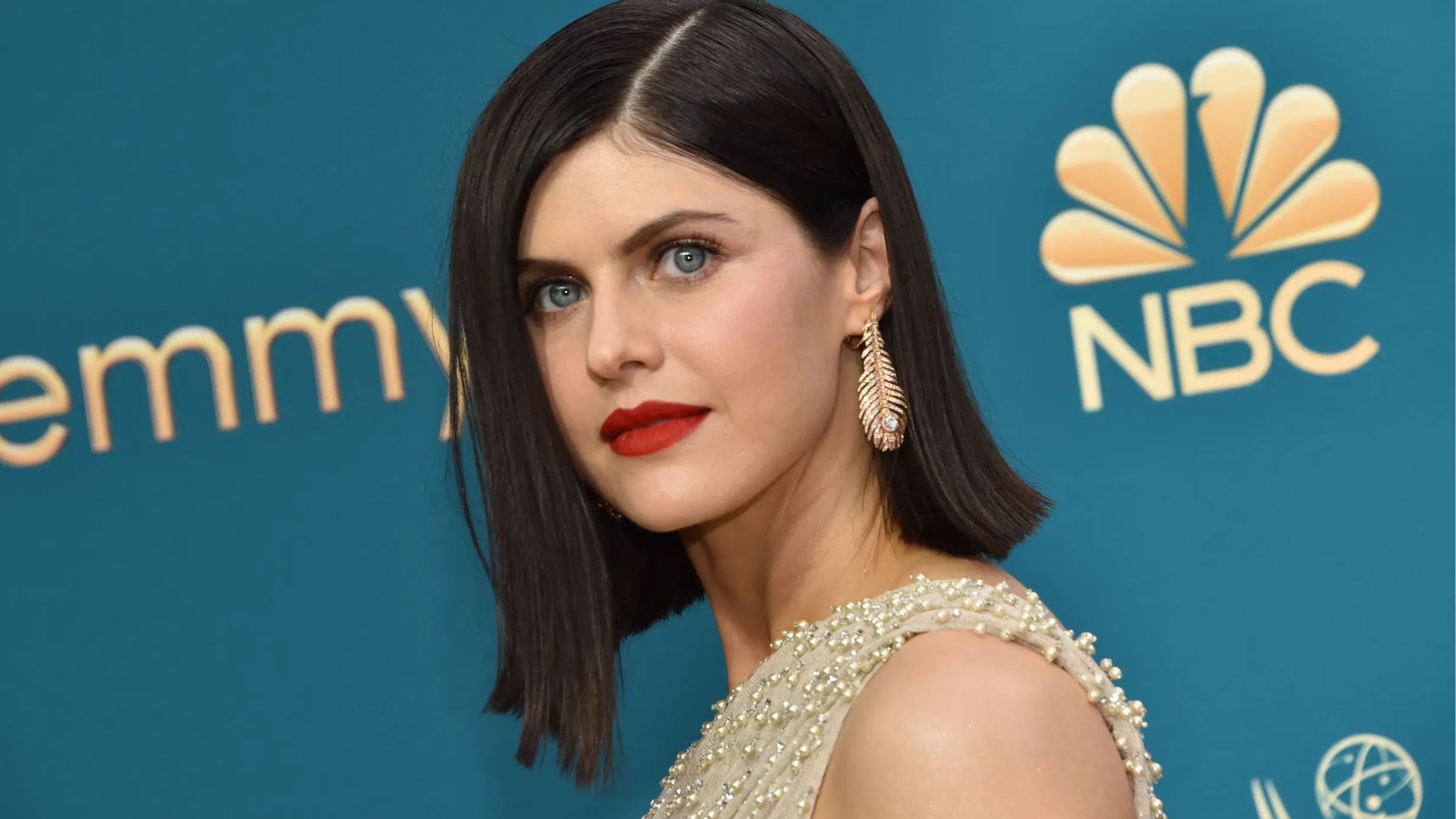 Alexandra Daddario, who has recently attracted attention for her Emmy nomination for White Lotus, was photographed on the red carpet wearing a beautifully sheer beaded Dior gown. Here, we have listed her top five films ranked by IMDb.

On September 12, Alexandra Daddario looked stunning at the 2022 Emmy Awards. For her performance as Rachel Patton in White Lotus, the 36-year-old actress was nominated for the 2022 Outstanding Supporting Actress In A Limited Or Anthology Series Or Movie award.

Along with that White Lotus was nominated for the Best limited series. Alexandra was spotted on the red carpet in a gorgeous Dior Haute Couture one-shoulder, sheer asymmetric pearl-embellished gown. She wore the dress from Dior’s spring 2022 couture collection.

Let us now know about the five films of Alexandra Daddario which have been appreciated by the audience as well as the critics. Lets start with her 2006 released movie The Choice.

This is a American romantic drama was directed by Ross Katz and written by Bryan Sipe. The plot is based on Nicholas Sparks’ novel called The Choice. The film is all about two neighbors who fall in love with each other as soon as they meet.

Daddario performed admirably in the character of Monica, the other woman who supports Travis’ development and helps him see his actual emotions.

This Netflix Original film called When We First Met is an adorable romance flick starring Adam DeVine along with Alexandra Daddario. In this movie we can see that, a man who goes back in time in order to win the girl of his dreams.

The movie’s story is centred around a major earthquake. Daddario portrays Johnson’s daughter in the film. An IMDb rating of 6.0 was given to this gripping film.

You can also watch Percy Jackson & the Olympians. this movie received an IMDb rating of 5.9. An action fantasy called The Lightning Thief was published in 2010. Chris Columbus is the man behind the renowned Percy Jackson series‘ debut film.

The next movie is Night Hunter which is recieved IMDb rating of 5.9. It was released in 2018 and it is consider of the best movies of Alexandra Daddario.

Night Hunter is a Canadian action thriller film. Night Hunter was directed and written by David Raymond. Henry Cavill, Ben Kingsley, and Stanley Tucci along with Alexandra Daddario were seen in this movie. The story revolves around the theme of solving a mystery Which keeps the audience attached to the film.